A t the end of each Sprint, Test Automation is now part of the delivery.
A Dream made Reality with AiTestPro.

T est-Automation-Artifacts are test-framework independent and is used by the AiTestPro™ Framework Interpreter to drive standard or custom frameworks like Selenium or Protractor or ...

S elenium scripts are also generated by AiTestPro™ for those who prefer to have scripts in legacy format.

D ata Grams – a graphical display of the work-flow of the Application interface adds value to the project. Features in the App that are untested and deltas between versions are identified.

E xecution times for each step are captured, enabling developers to improve performance during the Sprint - rather than rework the project at the final stages.

R educes dependency on experienced script developers to achieve test automation. Any tester with domain knowledge of the system can produce the test-automation artifacts. 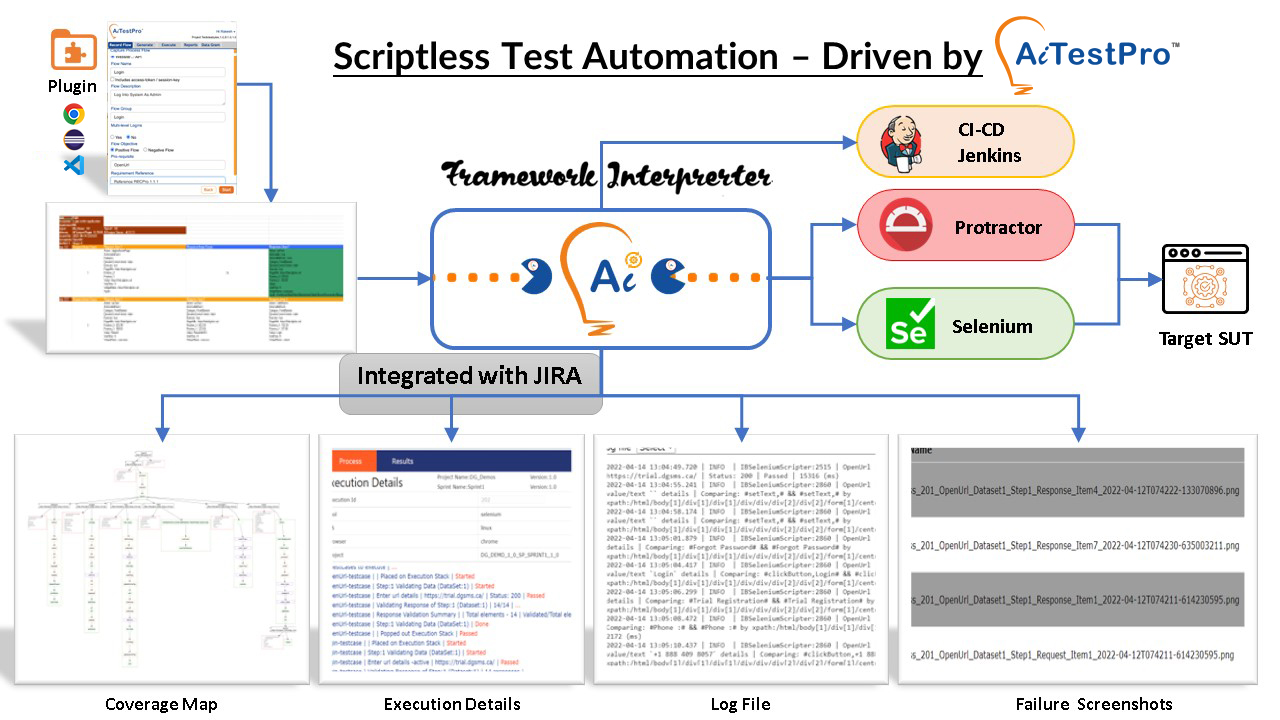